Graceful Lady is a beautifully maintained 1990 61 foot Tollycraft. Gracie (as her operator refers to her) was operating in the same fashion as so many vessels from her era. Heavy, oversized generators were required to run most of the time the vessel was in a cruising mode. Even with the frequent and long durations of run time, her batteries were almost never topped off, and they barely had the capacity to handle overnight loads. In addition to those issues, the gensets required a frequent maintenance interval schedule due to the fact that they were running at approximately 10% loads on average. 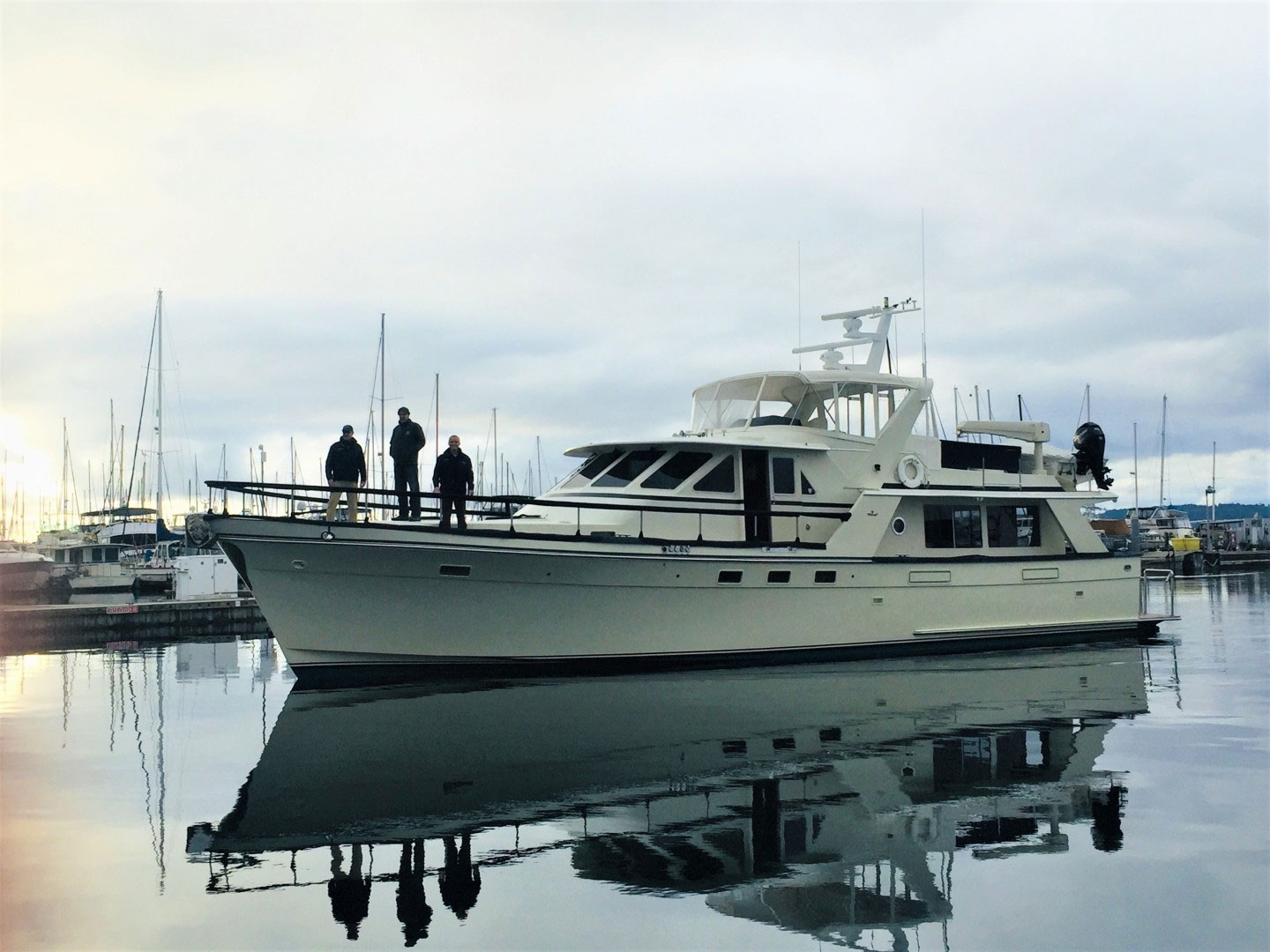 Gracie’s owner is an incredibly intelligent, skilled, and hands-on captain, so he had always imagined a better system, but not until he met the guys at Revision Marine was he aware that a highly efficient storage and production solution was available.

Revision Marine identified a big issue early on in that in addition to all of the required batteries, Gracie also had consumers that required 5 different voltages. It was decided that we would do without independent battery banks for the thrusters and combine those loads with the house 24 volt bank. However, the thrusters were 48 VDC due to their size!

Revision designed, engineered, developed and built an automatic battery voltage multiplier. The system would incorporate four custom Revision Marine ESM-230-24 modules on the 24 house bank; two of these modules would drop out of the 24 volt house bank bus and combine to provide 48 volt supply to the thrusters. This was set up to run on a ten minute timer relay commencing any time the thrusters were enabled.

A single lead acid 12 volt, 4-D battery was added as a buffer and charged off of a DC to DC converter to handle the 12 VDC loads. A second inverter was added to allow Gracie’s onboard 240VAC users the ability to run without the gensets. Gracie now attains a 32 hour battery-only autonomy, even while providing reverse cycle heating for the evening and mornings.

To address the underloaded generators, a charging system was developed to load the 30 KW generator at 80% of load rating. Five 4800-watt Meanwell charging modules were added to the vessel. This allowed for Gracie’s operators to fully recharge their 25KW LFP battery bank in under an hour.

Revision then went another step forward in increasing efficiency by developing and installing a 2500-Watt solar system using low profile, aesthetically, minimalist, flexible Sunpower solar modules. These were sewn into an innovative poly foldable mat, so the entire two-part rig can be disconnected, folded, and stored below for the off-season.

All told, we removed 4416 pounds of inefficient lead acid AGM batteries and replaced them with our LFP modules at 560 pounds. We increased battery capacity! And cut the charge time by 1200%. 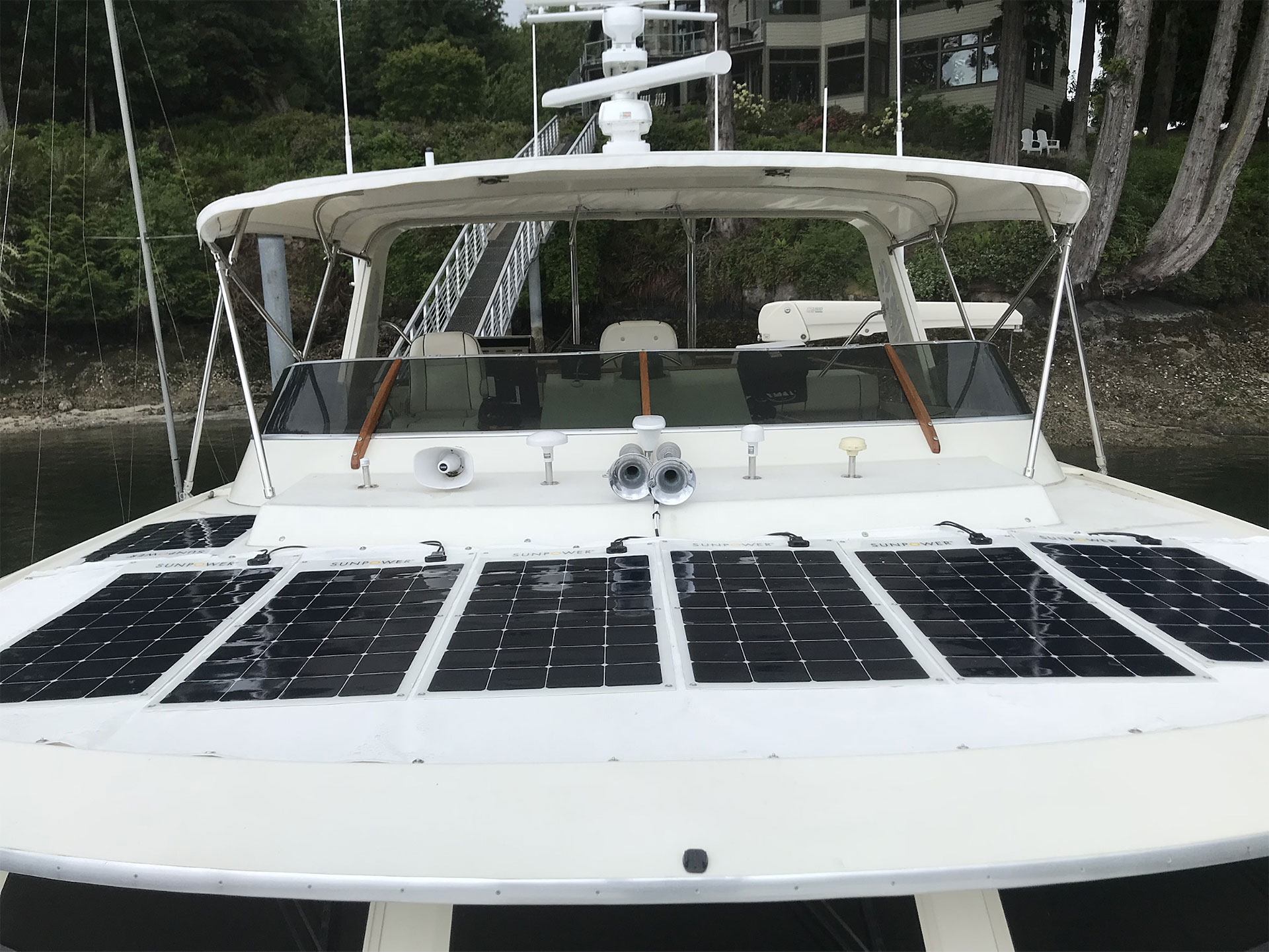 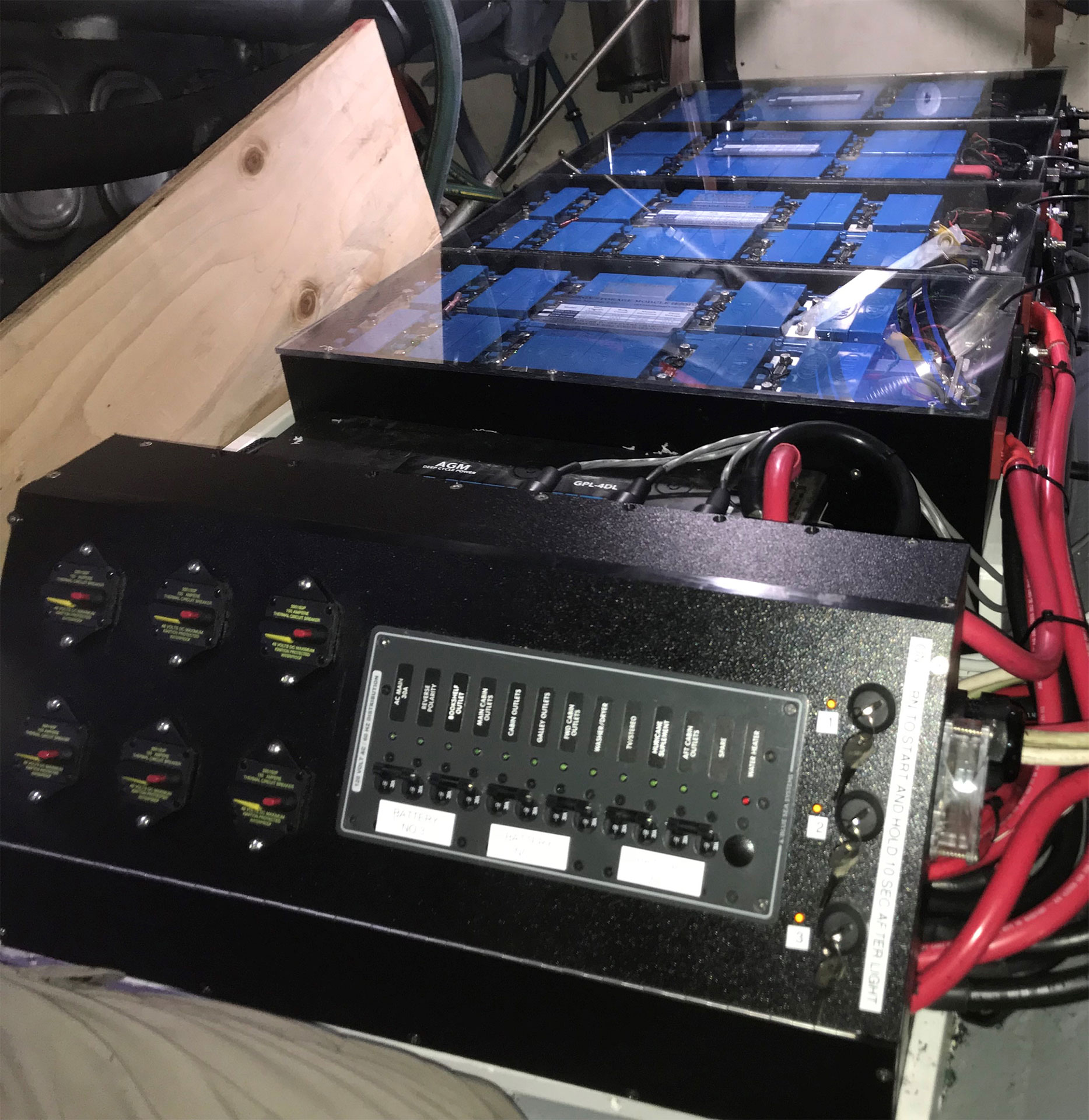