Vingilótë is a 1 year old Balance 52 Catamaran built in South Africa. She is a design concept that places her between the ultra high performance uncomfortable boats and ultra luxurious opulent but slow boats. Vingilote is large at 52 feet long and 27 feet wide yet the entire vessel weighs less than 20000 pounds, she is a design marvel! Capable of speeds under sail in excess of 24 knots she cruises readily at 9 knots on a single motor.

Originally equipped with 4 Victron 24/200 lithium batteries, Vingilote had loads of power reserves, but the owners quickly found that the Balmar charging system off the main engines were wholly inadequate. Two days out on the delivery cruise from South Africa to the Americas, both alternators had failed.

Luckily Vingilote was also factory equipped with 2500 watts of solar panels on her coach roof. The solar was sufficient to keep up with the bare minimum hotel loads aboard the vessel for the remaining transit. After some research, the Owners found the Integral system advance generator replacement option and contacted Revision Marine to perform the install.

After an initial consultation with Vingilote’s very knowledgeable owners, we decided to not only install twin Integral alternators but because of the vast power capabilities we would also replace the propane cooking appliances with an induction stove top and a Miele steam convection and broiler oven.

Gone too was the propane barbeque. Vingilote also performs all of her heating and air conditioning through the use of highly efficient heat pumps running in reverse cycle in the northwest colder climates. This too is powered by the massive hotel load, house battery bank.

Vingilote is truly the epitome of an efficient vessel. S/V Vingilote can enjoy 48 hours of battery autonomy even while running all of her systems as if the owners were at home. With the capability to produce 18 KW of energy using reserve power off of the main engines the owners are now able to completely replenish a fully depleted 20KWH battery bank in a little over an hour. More impressive is that at idle, the two generators combined produce 5KW. Pop the revs up to 1000 and we see 8KW of juice making its way back into the pack. 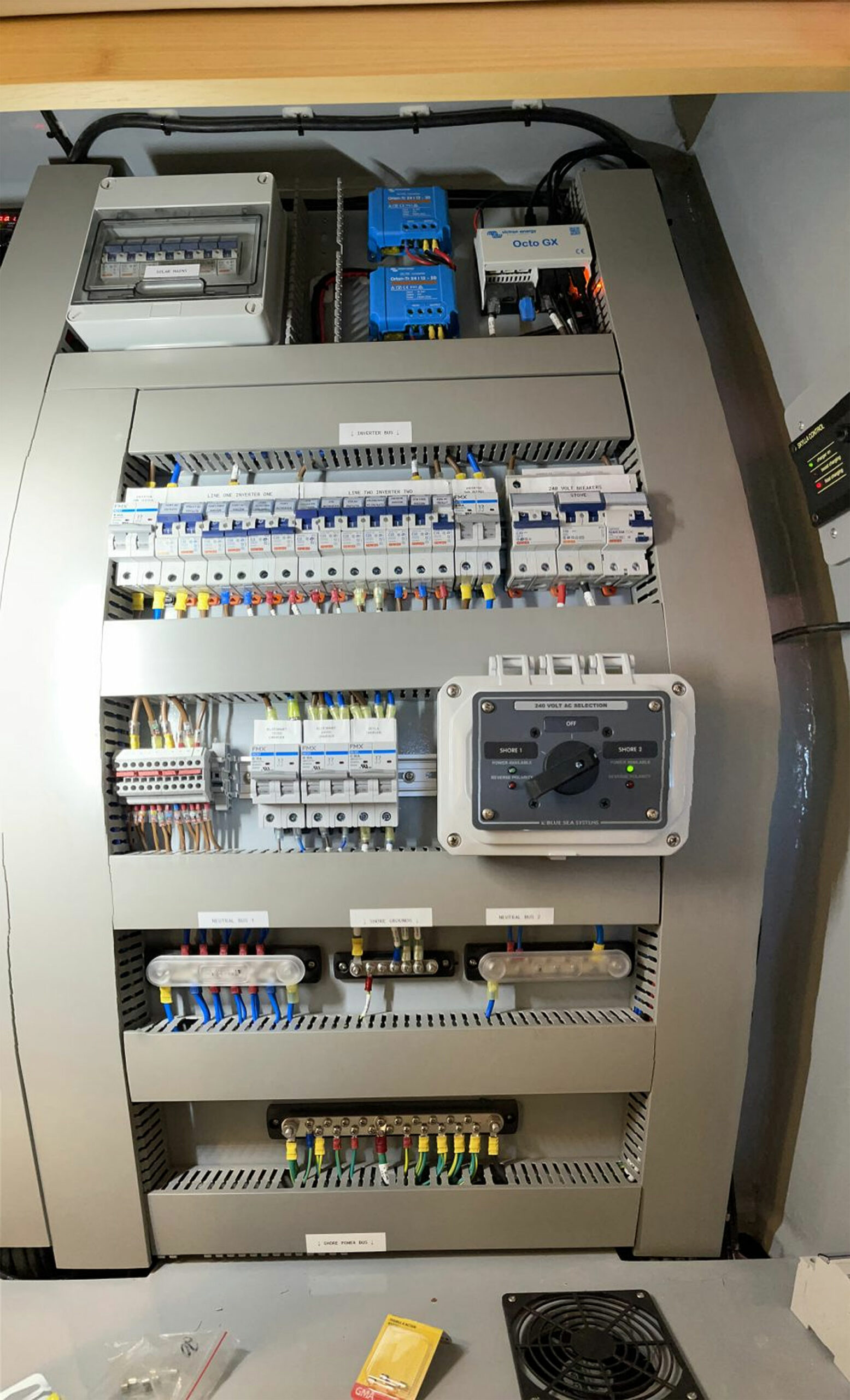 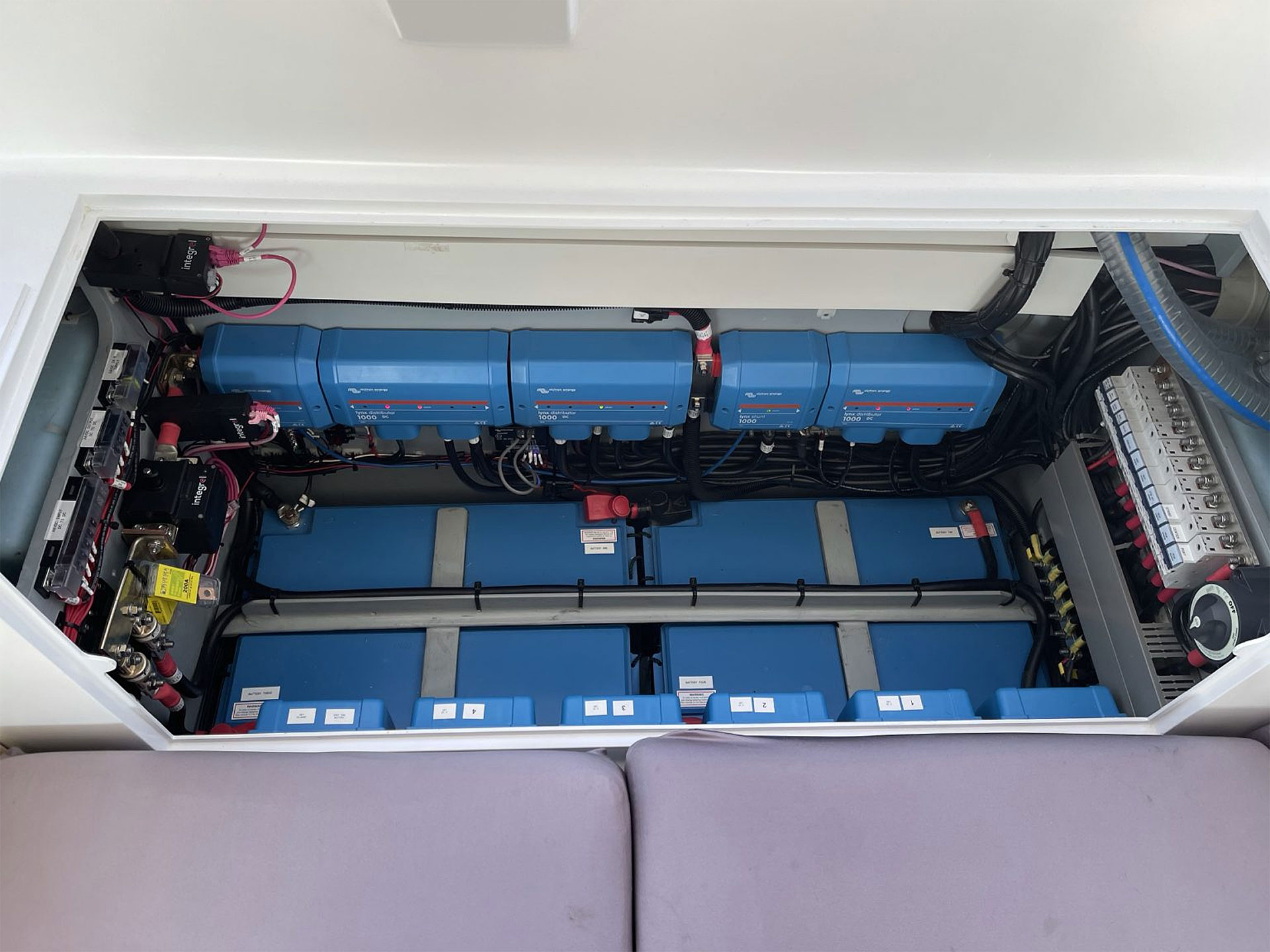 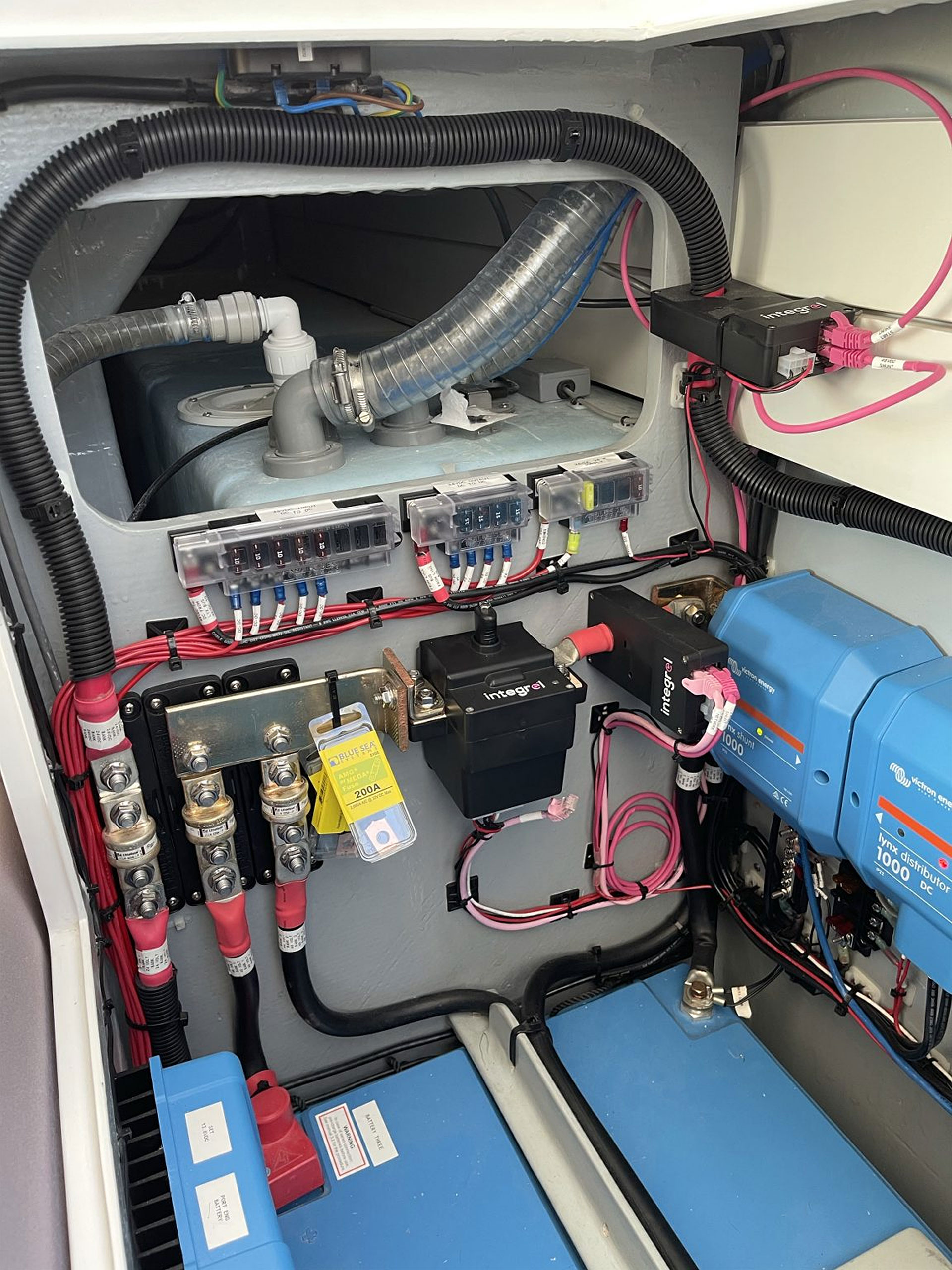 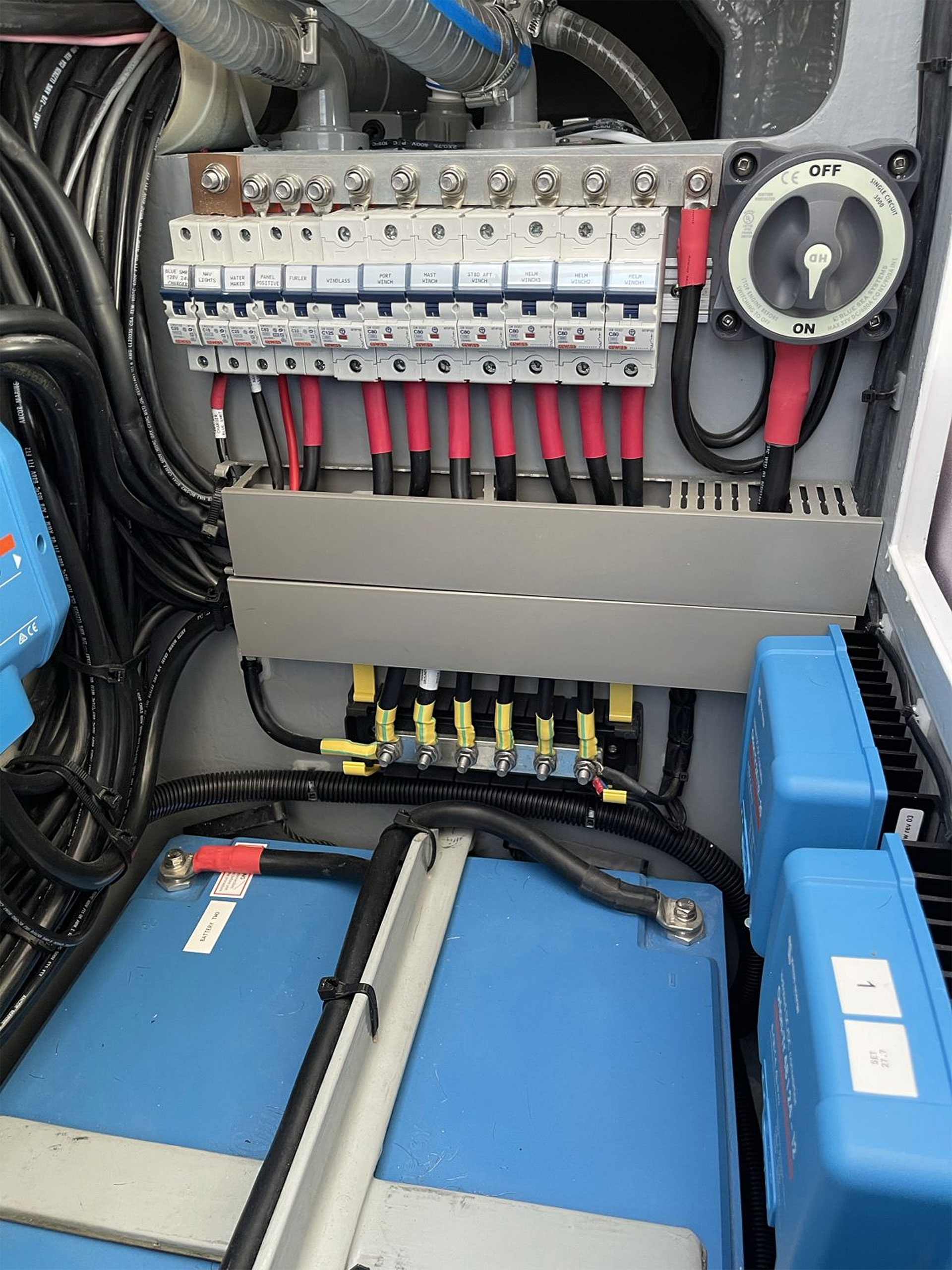 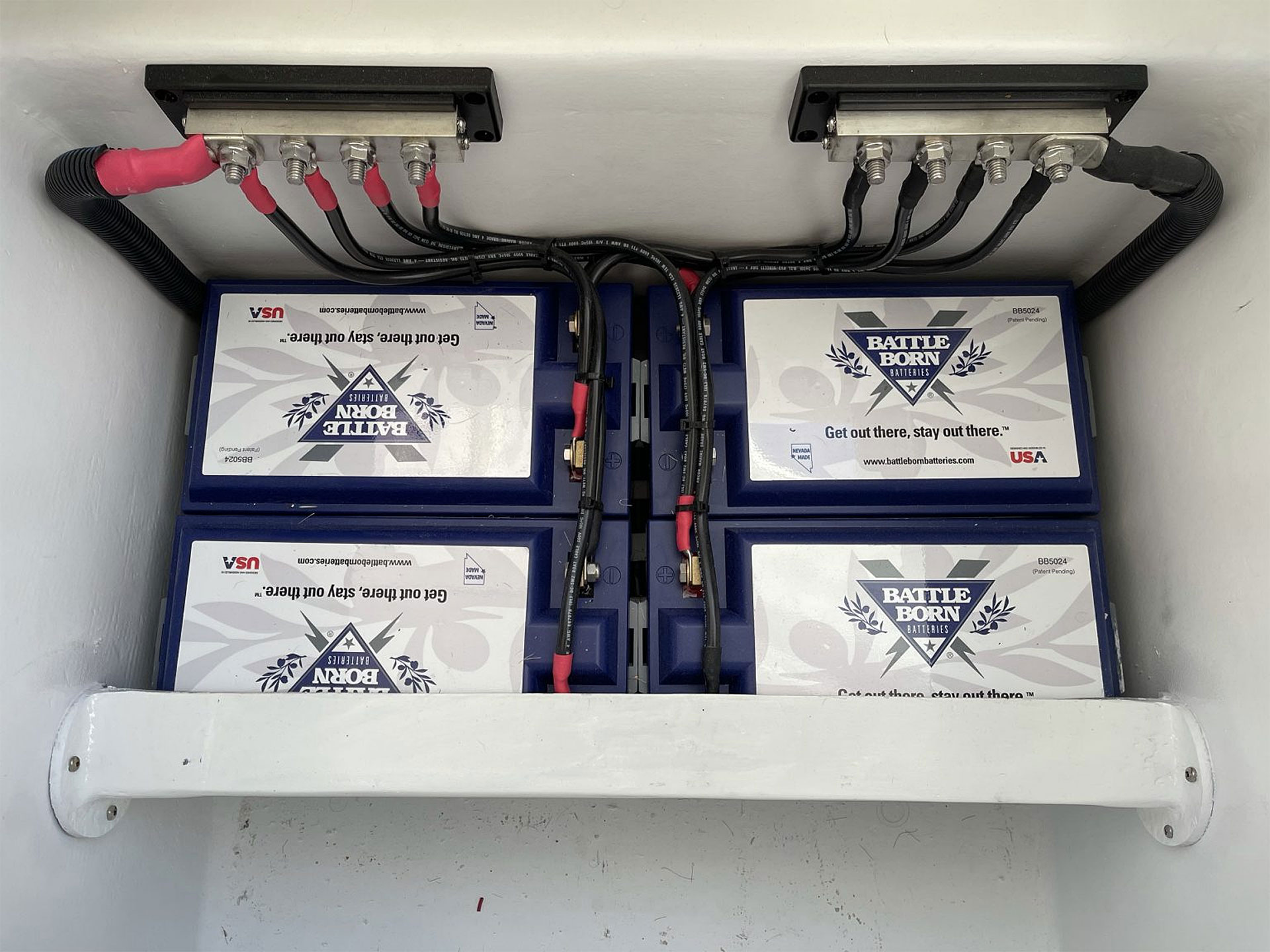 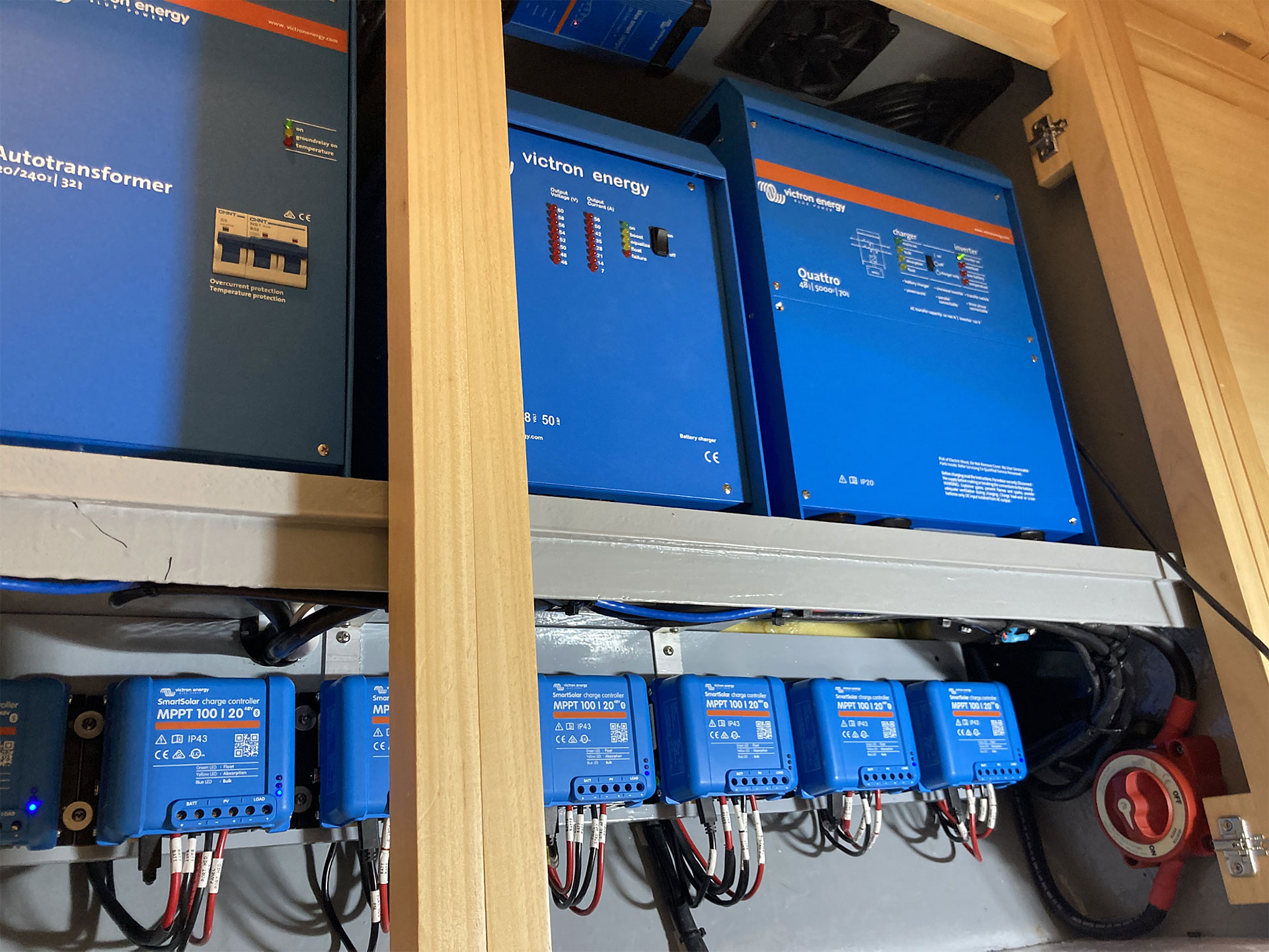 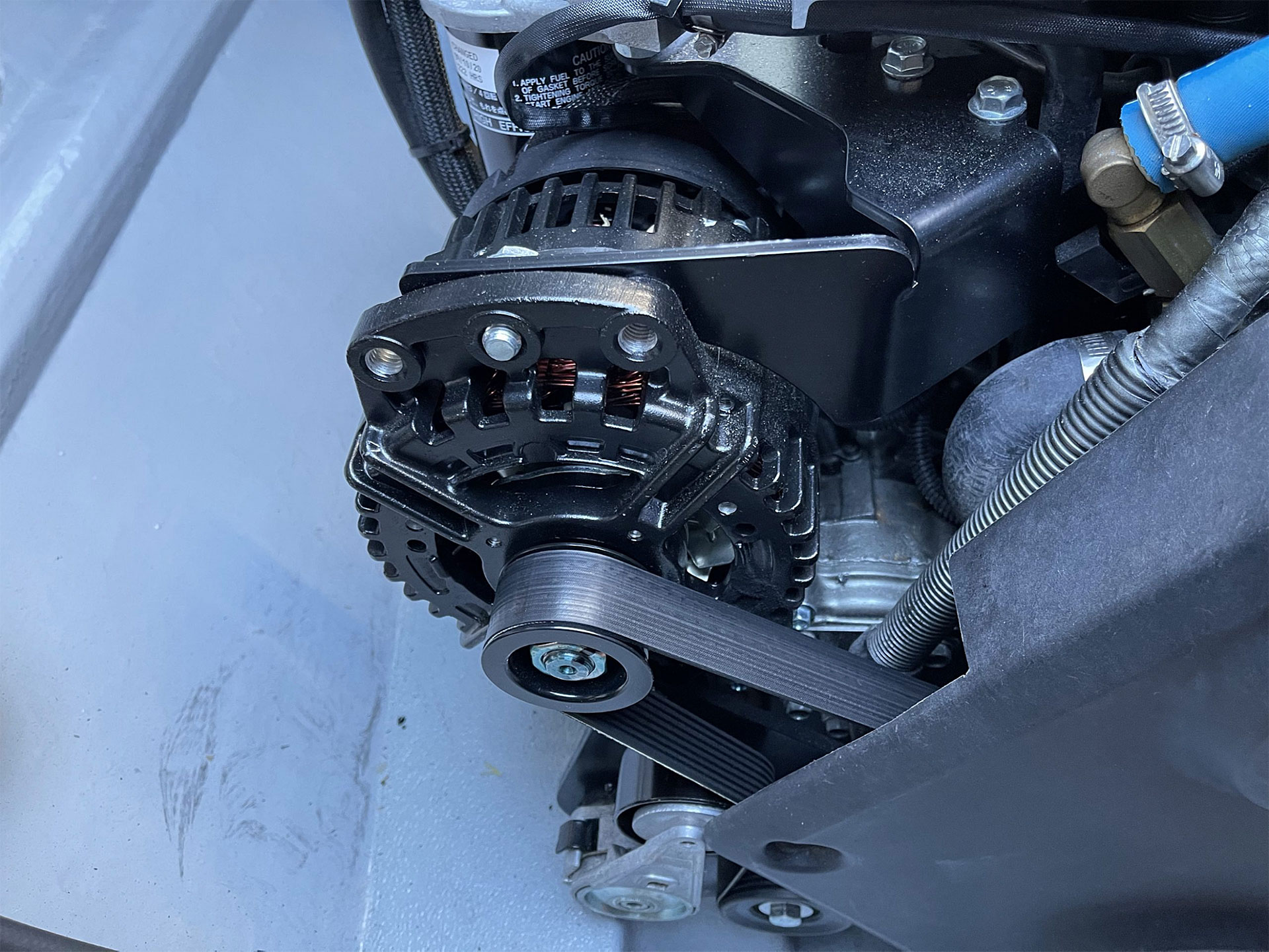